(Apart from various perennial problems relating to demand and supply, the very system of transmitting and supplying power is extremely fragile) 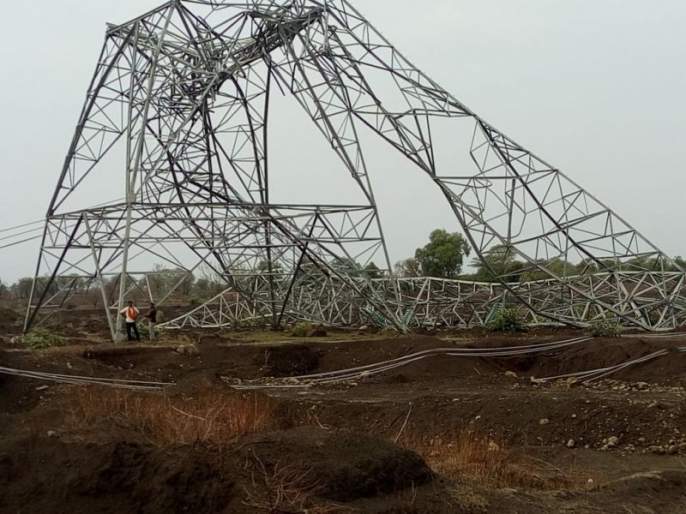 The recent power break down in the valley reportedly resulting from the collapse of a high voltage transmission tower caused by a foot or so of unusually heavy and untimely snowfall resulted in a power outage throughout the valley. For almost 24 hours the entire valley was without power totally plunged into darkness. Power was restored in the city within two days, however some areas especially in the South Kashmir remained without power for many days as the damage to the lines by fallen trees was extensive. People had been worrying about the unusually long periods of curtailment due to shortage of about 600 Megawatts during the present winter. However, they had a taste of the outage much before the start of the real winter.
The power problem in Kashmir has almost been accompanying the basic political problem! Before the advent of every winter people have to gear up for dark nights and cold days. In earlier times people were used to lanterns and candles for the lighting in the night and Kangri and Bukhari for the warmth. Then we ushered in the modernization. The electric light was a miracle and the heaters both for warmth and water were great conveniences. Unfortunately, the supply of power could not keep pace with the modernization of our living. Additionally we did not want to pay for the energy! Yes, it would have been much cheaper had our resources not been robbed by outsiders, of course, with the consent of our so called leaders. The generation cost of hydroelectric power would have been so cheap that no one would mind paying for it. Well, the story of the power mess is a long and tragic one and there does not appear a final solution in the near future. We will have to live with the shortage for a long time to come.
The most important problem right now is the extremely fragile transmission and distribution system. The power is transmitted from the northern grid to Kashmir through high voltage transmission lines mounted on steel towers. These lines have to cross high mountain passes which get lot of snow in winter. In addition, in a number of places the mountain itself is loose rock and scree which is very unstable. Fortunately, most of the towers constructed with strong bases have held so far. There have been some mishaps off and on when a tower collapsed in heavy snow. However, the restoration has always been very quick. The recently completed transmission line along the Mughal Road supposed to transmit 1000 Megawatts of power too would be vulnerable. Repairing these towers in winter in extreme cold and heavy snow is not an easy job. Once the engineers were air lifted by helicopters to repair a damaged transmission tower. Well, we have to live with off and on problems with the transmission unless these could be replaced by high power transmission cables in vulnerable areas. There must be some latest technology to overcome such difficulties. One needs to explore these possibilities in colder areas like Russia, Sweden etc. After getting the power one needs a system to distribute it for which grid stations are required. Hopefully, by the end of the year we will have good capacity to receive and distribute the power in spite of bureaucratic hassles which delayed these projects.
Finally, we come to the actual distribution of power to the consumers in the city, towns and villages. This must be the most archaic system in the world especially in the down town area of Srinagar. The lines including some high tensions ones pass near trees or sometimes on trees itself. They have to do branch cutting and then line patrolling after each snowfall or even after a thunderstorm! Each electrical pole has a mesh of wires going to individual houses. Only the concerned lineman knows which wires go to which house! However, we are not the unique people to have this mess in distribution at the consumer level. Many other places have a worst mess! Well, there is a joke about it. Some years back a team of top engineers from a communist country visited Kashmir to advise about some projects on Sindh River. They were taken on a city tour. At the end of the tour they asked the accompanying Chief Engineer as to how many people get electrocuted daily in Srinagar. When informed “none”, they said they have started believing in God! That was an old joke but these days many linemen do get electrocuted while working on these lines. They lack proper equipment and clothing. Reportedly there was a central scheme to have underground distribution in some newer localities in the civil lines area. However, for some reasons known to the authorities, the new distribution system was again over ground through high voltage lines with individual transformers for two to three houses. This has made electrical wire congestion in every locality with high poles and a series of transformers.
In brief, the Power problem is multi-faceted and getting more severe with each passing year. In fact, it may be easier to solve Kashmir’s basic political problem than the perennial power problem! It is really a tragedy that a place having one of the highest potentials of power generation suffers from a power famine and moreover, even the distribution of whatever power we are able to get is in a mess! There is urgent need to honestly address this problem in a comprehensive way with even foreign expertise and collaboration so that at least people are able to pass the winters in a more comfortable and cheerful way. However, the million dollar question is who will do it?
Posted by Kashmir First at 10:36 PM